Analytical Corporate Study About What Responsible Consumerism Brings to Corporations

There is a rising convergence of responsible consumerism and ethical corporate practice into everyday life. International organisations such as the Hershey Group, following environmental, practises, tend to be ethically accountable organisations. More detailed research, though, reveals that the business is more likely to deal with cocoa bean manufacturers who use forced labour and could be child trafficking for the processing of cocoa. The study also suggests that another significant factor is buyers and their readiness to pay higher costs for ethically manufactured goods. Primary research found that while most respondents favoured ethical products and were eager to operate in ethical firms, they were also not prepared to pay higher prices for the same flavour and consistency ‘ethical chocolate’.

During the past three decades the combination of words “ethical consumerism” has become increasingly popular. This paper aims to provide an overview of the concept of ethical consumerism, supported with both primary and secondary research. For a more specific analysis of ethical business, there was chosen an international chocolate manufacturer, the Hershey Company. The majority of the article is formulated as follows: Section 1 provides an overview of the concept of ethical consumerism, major issues and the benefits organisations gain from it; Section 2 provides a brief overview of the Hershey Company followed with the analysis of the company’s ethical business activity and its Corporate Social Responsibility; Section 3 reports the results of a primary research and discuses major findings; Section 4 is a concluding part of the report followed by recommendations presented in Section 5. 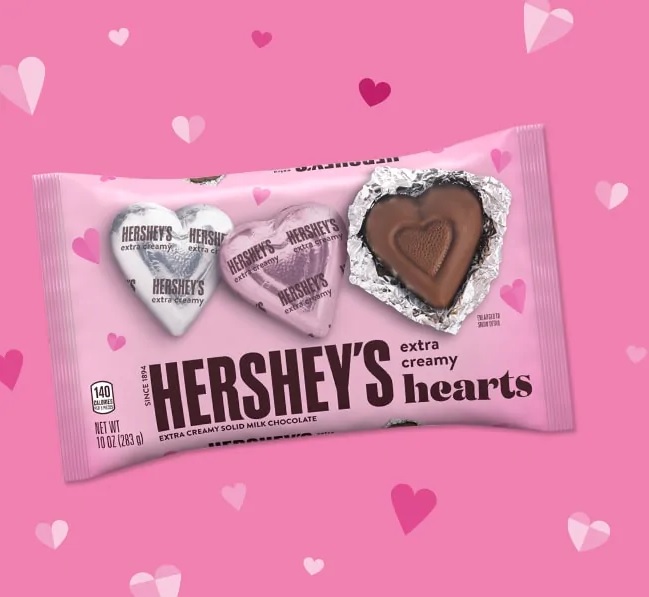 Even though the concept of ethical consumerism is known in society for centuries, it is only within the last thirty years that is has been transformed from a minority concern to a mainstream phenomenon (Yeow, Dean, and Tucker, 2013). In the past decades, the level of awareness of consumers about the ethical, environmental and social problems in the world has increased dramatically. People became more responsible in selecting suppliers of the products and providers of the services. This behaviour led to an increased popularity of the concept of ethical consumerism. In academic world, the term of ethical consumerism is defined as “decision-making, purchases and other consumption experiences that are affected by the consumer’s ethical concerns” (Yeow, Dean, and Tucker, 2013: 88).  In other terms, customers prefer to recognise not just the fundamental elements of the buying of a goods and service, such as consistency and price, but also the legal and responsible actions of the organisation that sells these goods or services. More specifically, there is list of products, which falls into the ethical category. Some of these products are organic produce, energy-efficient light bulbs, recycled paper, electricity from renewable energy, wood products with approval of Forest Stewardship Council, and fair trade goods (The Guardian, 2001). Nowadays, consumers are not only aware and caring about environment and society (both in general and local communities) but also are demanding fairly traded products, and challenging retailers and manufacturers to ensure ethical supplies and business practices (Strong, 1996). This shift in consumers’ behaviour has resulted in increased concerns about corporate social responsibility of business and made many companies to consider ethical behaviour as one of the key aspects of business strategy (Yeow, Dean, and Tucker, 2013).

Today, ethical behaviour of business organisations also called as good corporate citizenship is recognised to generate positive business outcomes and help firms to build competitive advantage. There is positive impact on employee relations and other human resource issues. Positive ethical reputation of a company contributes to more effective recruitment, better morale, higher loyalty, motivation, higher retention and productivity (Verschoor, 2001). The empirical evidence also indicates that ethical corporate behaviour of an organisation helps to improve customer relationships. Customers tend to be more loyal to such organisations and prefer to purchase ethically produced goods (Verschoor, 2001). However, often it is a two-edge sword as often consumers’ support of ethical brands is different from actual purchases as ethically-produced goods are often more expensive. This issue will be tested in the opinion survey, presented further in report. Otherwise, the above mentioned arguments should be enough for organisations to integrate ethical behavior into business strategies.

In order to achieve its mission, the company undertakes various initiatives in order to improve life for consumers, employees, and communities. The Hershey Company has developed a Corporate Social Responsibility (CSR) model, comprised of four pillars: marketplace, environment, workplace and community. Some of the major activities and commitments of the company relates to focus on food quality and safety, workforce engagement, accountable management and governance, stakeholders’ engagement, strategic community investment and engagement, training and empowerment of farmers, creation of opportunity by nurturing new generations (CSR Report, 2013). Also, the company cares about children and their future. Thus, for example, in 1909 the founder of Hershey Company established a Milton Hershey School whereas children receive housing, education and medical care (Thehersheycompany.com, 2014).

In addition to various social activities, the company has developed its business strategy in accordance with fair trade principles. As a global manufacturer of chocolate and chocolate-related grocery products, the Hershey Company needs to supply of cacao beans in significant amounts. Cacao beans grow primarily in the tropical climates of Latin America, Asia, and Western Africa (Food Empowerment Project, 2015). Western African countries supply more than 70% of the total cocoa supply in the world. However, this industry is known to exploit heavily child labour and in some cases child slavery labour in Western Africa (Food Empowerment Project, 2015). According to the Food Empowerment Project (2015), the farms of Western Africa supply cocoa to global operators, including the Hershey Company. The company claims that it addresses the challenges of ethical sourcing and sustainable agriculture as it is based on the ethical values the company was founded (CSR Report, 2013). Thus, for example, the company has introduced the Supplier Code of Conduct, which imposes requirements on ethical behaviour of suppliers (CSR Report, 2013). The company reports that it is committed to source cocoa through such cocoa-certifying organisations as Fair Trade USA, UTZ Certified, and Rainforest Alliance (CSR Report, 2013).

In 2012, the company has introduced its plan to achieve 100 percent of cocoa supplies from sustainable sources by 2020 (CSR Report, 2013). By 2013, the company announced that it has achieved 18 percent certification. It means that the other 82 percent of cocoa supplies may use child labour, child slavery and trafficking in order to produce cocoa beans for the Hershey’s Company. Moreover, even the reported 18 percent of ethically produced cocoa beans may not be as ethically produced as declared. The experts are doubtful about sustainable practice of cocoa supplies in Hershey Company as its management “has not thoroughly addressed accusations of child labor in its supply chain and refuses to release any information about where it sources its cocoa” (Food Empowerment Project, 2015: n.p.). This aspect is undermining the Hershey’s reputation of being one of the most ethical companies in the food and beverage industry.

In order to clarify some issues discovered in the research there was carried out a primary research. There was generated an opinion survey for seven questions. Fifteen students at GSM London have filled in online questionnaires related to ethical consumerism with a focus made on chocolate industry.

The next question of whether respondents were ready to refuse from purchasing chocolate if they knew that for its production was used child slavery, 11 respondents said they would, while four others said they would not refuse. These responses illustrate that the consumers are important players on the market, and their bargaining power is quite high in order to pressurize brands to act in more ethical and sustainable way. Finally, survey participants were asked in what company they would prefer to work. Thirteen respondents claimed that they would prefer to be employed in ethical company, while 2 respondents were indifferent about this parameter. These data illustrate that a company with ethical image is more attractive employer than non-ethical company.

Literature review has shown that ethical consumerism is quite a popular phenomenon in the modern society. Companies tend to adopt ethical and sustainable practices in order to make a positive contribution to environment, society and local communities. This behaviour gives ethical companies a number of benefits. The survey has provided empirical support to these views. The results of the study have shown that consumers are aware of ethical brands and pay attention on various indicators of ethical behaviour on packages while shopping. However, the findings also have revealed that while consumers supported the idea of ethical consumerism, not many would support it on practice if the price for ethical product will be considerably higher. This data indicates that until consumers are ready to consume unethically produced goods and services, such as chocolate, many companies will continue to partner with unethical suppliers, especially if the costs of these supplies are lower. The Hershey Company is one of the organisations, which has adopted ethical principles to its strategy. However, this company still acts unethically, purchasing cocoa beans from suppliers who may use child labour/child slavery in production process.

The Hershey Company is recognised by international organisation to be one of the most ethical brands. However, there were found some obvious gaps in the company’s commitment towards sustainable and ethical sourcing. The company’s plan to source 100% from sustainable suppliers by 2020 is extended for quite a long period of time. The company could shorten this period and switch to sustainable producers. Moreover, the company needs not only to introduce the code of behaviour to its cocoa beans suppliers, but also to carry out random audits, checking if the supplier uses child labour or child slavery on its cocoa farms, mainly in Western Africa. The company needs to publish results of these audits and provide more sufficient reporting on its supplies.

Online Questionnaire: Are you Ethical Consumer?

1. Do you know what ethical consumer means?

2. Do you buy ethical products?

3. While purchasing a product do you pay attention on the label of fairtrade on the package?

4. If you had a choice to buy ethically produced chocolate or ordinary chocolate (more likely with the use of child labour/child slavery labour), which one would you choose?

A) Ethical B) Ordinary

5. If two chocolate brands offer chocolate of the same quality and taste but the price for ethically produced chocolate is higher by 15-20%, chocolate of what brand will you choose to buy?

A) Ethical B) Not ethical

6. Are you ready to refuse from purchasing chocolate if you know that it was produced by exploiting children labour in developing countries?

7. In what company you would prefer to work if all conditions were equal?

A) Ethical company B) Does not matte