Effect of Berlin Airlift on the US Air Force’s Future

Berlin Airlift emerged in 1948 after the world war II. It became an international operation involving nation and nationalities from all over the place around the globe. The British and Americans combined their zones for economic purposes into a single unified zone called Bizonia. Since Berlin, as Germany’s capital, was situated within Soviet Zones, the Soviets delegated most of the administrative responsibility for running Bizonia to the Germans, especially to an appointed economic council of fifty-two Germans who, under Allied supervision, took on the role of economic reconstruction. Britain and America voluntarily dedicated themselves to the support of the West Berliners on July 1.

The Soviets had erected a blockade around West Berlin six months before, preventing goods from entering the city by sea, water, or train. As a result, the US Airlift and British planes flew into the city 24 hours a day, delivering medical equipment, fuel, and other supplies. This combined Air-Lift task force was a joint effort between the United Kingdom and the United States. 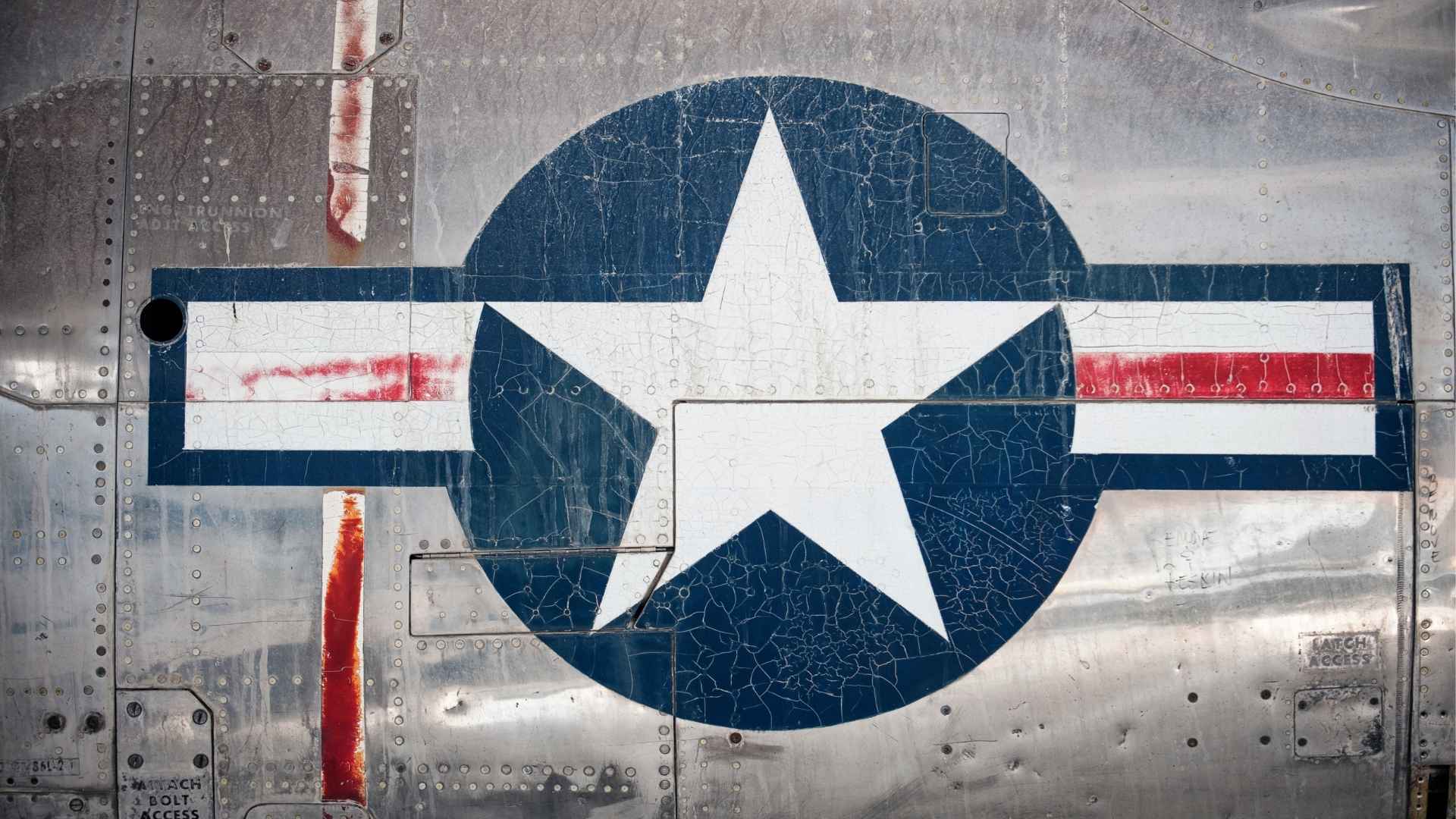 Biliners saw their city grow at some stage, and as a result, they gained confidence in the officers in charge of the airlift. The winter began to ease, and advances in technology made it simpler to steer planes. To perform airlift, they had guiding rules that were followed by both aircrews and airfields. Certain measures were taken during the Berlin Airlifts. The first rule was that the plane must travel every three minutes, and the second rule was that it would not land in Berlin on the first attempt. Pilots in the Berlin Airlift must follow the same series of guidelines at all times.

Contrary to popular belief, the United States Air Force is an armed organization that provides air protection to UN forces as well as defending civilians in other areas of the world by avoiding wars between countries by the use of pilots assigned to monitor the skies.

The Air Force had been a self-regulating service by early 1947, and tensions between the US Air Force and the Berlin airlift prompted a change in foreign policy. The United States was deemed to be obligated to assist any country attempting to avoid a Communist invasion. The Truman Doctrine, which explained the usage of force to combat the proliferation of Communism, was the name of this strategy. The United States Air Force sent support forces to countries who were struggling to rebound from the battle.

Effects of Berlin Airlift on the Future of the U.S Air force

However, the study of crisis is approximately as old as the study of international relations because it has never been systematic. The majority of the commercial aircraft in Berlin, however, flew nonscheduled routes between to the United States. There are several effects that Berlin caused on the U.S Air force that caused debate in the United States economic status therefore coming up with a National Security Act which was established by the security of defense on the air force.

To start with, Berlin Airlifts began to detain U.S troop trains bound for their respective trains. This became a threat to the country which led to the call upon the independent U.S Air Force so that it can organize a massive emergency airlift to keep Berlin Airlift away. Berlin Airlift also made the United States Air force officially lifted the blockade that made the Berlin Airlift with a rationale of scarce supplies because troops were no longer sent to Berlin. Blockade of Berlin was one of the most serious immediate problem. As far as the appropriate method for holding Berlin was concerned, airlift was the right choice for the U.S Air force to deploy.  The U.S. Air force sent its military forces to Berlin several times thus becoming costly to the economy of the United States.

The  U.S maintained a firm stand in the present crisis and making decision to stand firm in the present crisis that had occurred between Berlin and them by avoiding war. Meanwhile, the Berlin airlift wanted to use disastrous effects inherent in a precipitate way. The crisis was derived not from any perception of Berlin’s inherent value to the United States but from the inevitable impact of the result   on America’s long term status for the resolution. In other words it was the perception of the crisis as a trial of the strength between the two superpowers.

The Berlin Airlift in generally had ruined the U.S economy. Workers were scarce particularly troops who were taken away with the planes during the cold war. This also led to 20% of homes  had been destroyed and most of them damaged. Economically, counter blockade was more efficient than blockade and it could not be broken by airlift as maintaining of the airlift meant frustration of blockade.Exchange of barter reduced demand on airlift although there was a humanitarian angle that some of the countries were denied supplies.

After the blockade, the United States failed to secure access to their sectors. This appeared ironical more so with their Air force region. There were technical problems peculiar to the airlift which led the U.S tension and distrust, arms competition, and the threat of nuclear attach. Tension evolved as the successful similar nations discussed the future which had been physically and economically devastated by the war. In fact, diplomatic negotiations did continue throughout the Airlift.

Although, the during that time Berlin and Berliners were subjected to brutal  treatment at the hand of the United States Government .  The U.S  Air force leaders expected to maintain a short term military and political presence after the war, a presence that would ensure  reconstruction. The number of flight in and out of Berlin had increased dramatically after the war with airplanes from several nations involved in and much flying done at night or under a condition of reduced visibility.  This denied the U.S Air force need for standard rules and flight patterns.

In addition contraction of bridges and they reduced the amount of gasoline need needed. This similar calculation enabled the planners to reduce essential cargo. Also, the interdependence of the sector demonstrated by an incident of bordered on the farcical. The U.S capacity was terribly limited.

Despite all these efforts, the airlift would have failed if Berliners had given in to Soviet pressure, and that is the second reason for the West’s narrow escape: Berliners‘ refusal to submit, which had several sources. In some ways, Berliners had endured worse conditions during the war, and they were healthier and better fed in 1948 than in the immediate postwar period. Conditions were not static. At first, when the blockade was not tightly enforced and people believed it would not last long, the situation was relatively easy to tolerate; things worsened in autumn as the Soviets lightened restrictions, unemployment rose, winter loomed, and an end to the crisis receded into the distant future. Winter, though difficult physically, was perhaps less wearing psychologically than the autumn had been; the unusually mild winter weather meant that reality did not match expectations. Life was harder for some Berliners. Economic and class differences mattered, as did where people lived and worked. How much of one’s earnings was paid in the more valuable B-mark may have mattered most of all. The poor suffered disproportionately: they were more likely to be unemployed, more likely to receive eastern rather than western marks, more likely to live in substandard housing. But even they, who had the least to lose, proved deaf to Soviet appeals. Strong anticommunist sentiments united the population and helped Berliners endure. So did Reuters inspiring leadership and the symbolic value of the airlift. Reuters call to “look to this city” was answered by the constant drone of engines overhead. “The airlift’s effects on morale were even greater than its material ones. It came to represent a commitment lo the city that inspired Berliners and fostered a new self-image as partners of the West. lt also reinforced “the remarkable shift in German mentalities” away from authoritarian- ism and militarism that had begun in 1945 and that one scholar has described as the turning point of twentieth-century European history.’ In all this confusion, the Western powers were assuming a commitment in Berlin. As in the case of the airlift, we cannot point to a single conscious decision. That is paradoxical, because of all the American commitments in the Cold War, none seemed more tangible and explicit than the one to west Berlin. The Cuban missile crisis was so stressful for John F. Kennedy and his advisers partly because they feared the Soviets would respond in Berlin. Thomas Risse-Kappen writes that “U.S. decision-makers identified with Berlin as they did with no other place in the world,” regarding it as virtually an “American city for which American soldiers were sup- posed to die.”’° Eight months later, the president obliterated national distinctions when he proclaimed himself citizen of Berlin. One account calls Berlin America’s Cold War “city on a hill,” a place of almost mythic importance