Factors of Decline in Honeybees

Danger to Bees is a Danger to Us

One in at least three foods taken on earth relies on pollination and especially bee pollinators in order to have a successful harvest. However, the past decade beekeepers in US and their counterparts in Europe reported considerable losses that are more than what is normally considered normal or even sustainable. UN suggests that world bees face many threats and if nothing is done to change the rate with which they are declining, this could result in serious consequences regarding food supplies. The last few years experienced colonies of bees being hit hard by the “colony collapse disorder”, which resulted in scientists’ struggle to establish the cause of the fatalities.  Besides, when bees feel threatened, depending on their strain they can sting once and in some cases respond to threats in great numbers and even can pursue intruders with more persistence. Bees remain the significant commercial pollinators of crops that rely on animal pollination which account for 35% of world food production (Genersch 87). Therefore, bees are vital for economic and sustainable agriculture as well as food security; hence, their threat translates to human threat.

For instance, honeybees and their health has been a major topic in the recent past considering their significant role in pollination and food production. Although some exaggerated suggestions claim that humankind would not survive long if bees disappear, production of many fruits and crops that contribute to healthy diet rely on animal pollination. Therefore, a consideration that goes beyond caloric to consider a balanced and nationally valuable diet animal pollinators remain to be essential, which signifies the importance of honey bees in crop production. Independent crop pollination that never rely on animal pollination account for about 65% and 90% of the remaining 35% is carried out by honeybees. Hence, although demise of bees may not spell the end of human kind, the human diet if honeybees become extinct will be greatly impoverished with the decline of bees. Therefore, the decrease of honeybees and their connection to worldwide food security make the decrease of bees an increasing concern for people because of the declining numbers of bees. 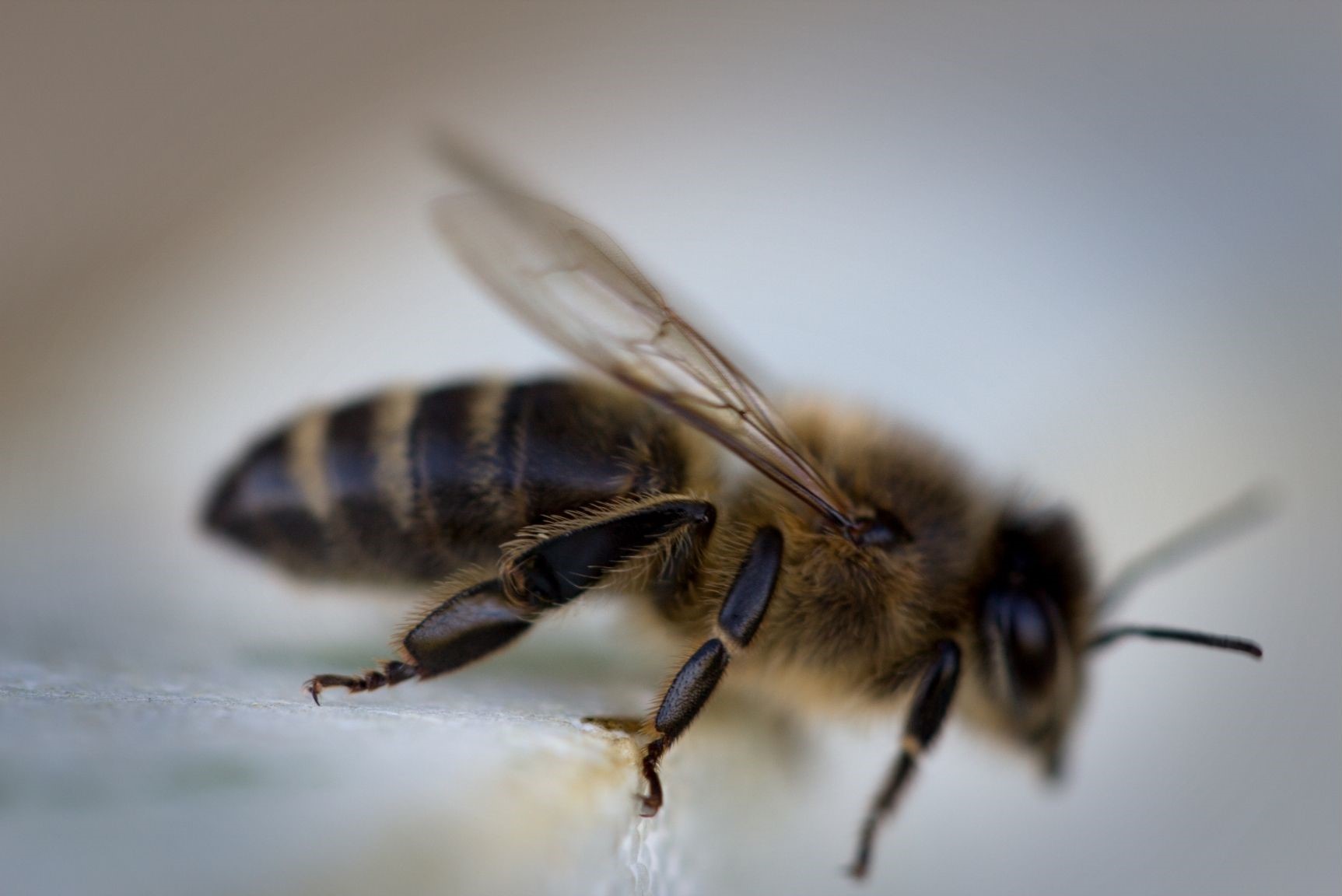 Since pollination of crops in North America as well as Europe heavily relies on honeybees, the prevailing development of loss of honeybees is alarming though different nations are affected differently. The decline in number of honeybees in the 1990s within Europe attributed to political as well as economic upheaval caused by the collapse of the Soviet Union. Several countries in the soviet used honey as form of currency, which motivated people to keep bees but after the economic system changed, honey lost its economic relevance, which forced people to give up beekeeping. These economic links imply sustainable economic benefits for beekeepers in nations with declining bees and beehive management can contribute to stabilization or increase of bees or increase of managed beehives (Genersch 88). The existing bee losses are unsustainable, and the direction is downward, as is the case with bee quality, which, if not resolved, would result in the loss of many bees. The European Commission announced its intention to impose a ban on neonicotinoids, a class of pesticides widely used around the world, recognizing the seriousness of the threat to bees (Grossman). Since this class of pesticides is believed to be a leading cause of bee colony destruction, the European Commission was compelled to make the contentious decision after the European Food Protection Body found that pesticides presented an imminent danger to bees. The European Commission’s intervention came as scientists and regulators voiced increasing alarm about the effect of colony collapse on the global food chain, as many of the world’s most valuable food crops depend on insect pollination. According to Grossman, an analysis of crop systems around six continents showed that strong bee communities are important in the development of crops like grapefruit and pumpkin. Furthermore, scientists believe that relying on domesticated honeybees could jeopardize certain crops, and that wild bee colonies have been decreasing in various parts of the world. Other study into bee colony failure indicates that there are a number of factors other than neonicotinoids. Colony collapse of bees is likely to be triggered by a variety of causes, including the indiscriminate usage of pesticides and fungicides, as well as the spread of infectious pathogens and mites in beehives, according to the reports. While mites and pathogens have been related to a substantial reduction in domesticated bee colonies, no single pathogen appears to fully explain the current incidence of hive collapse (Grossman).

Pollination is important for many fruits, vegetables, legumes, and seed crops, and it is supplied by both wild and domesticated organisms. primarily bees and commercially controlled bee species since bees are still the most widespread and economically important pollinators in many places (UNEP 1). According to UNEP (1), 71 of the 100 crop organisms that supply 90 percent of the world’s food are pollinated by bees. In Europe, for example, animals pollinate 84 percent of 264 different seeds, and bee pollination has resulted in over 4000 different vegetable varieties. Furthermore, crops that rely on pollinators have a five-fold higher output value than crops that do not rely on insects (UNEP 1). Pollination is still required for fruit and seed development, and it’s typically accomplished by insects and animals searching for pollen. It’s still essential for habitats and human populations. Pollination by bees facilitates the regeneration of wild crops, which in turn benefit other resources or even other service-providing species. Many commercial plants, such as blueberries, cannot grow fruit without pollination; additionally, a well-pollinated flower produces many seeds, which improves germination potential, resulting in larger and better-shaped fruit. Furthermore, pollination decreases the likelihood of viruses, bugs, and poor weather impacting fruits, as well as preserving water; thus, since pollinators and plants have a mutually beneficial partnership, the disappearance of one species risks the extinction of another, creating a worrying question about the implications of decreasing diversity of pollination networks.

Among the many species of bees across the globe, the common one is the domesticated bees or the honeybees that originate from Asia, Europe and Africa. Honeybees remain economically valuable pollinators in crop monocultures across the globe because production in some fruits, seeds and nut crops decreases significantly without highly efficient pollinators (UNEP 2). Significant decline in domestic honeybee has been prevalent in North America and the loss of honeybee colonies left the region with few managed pollinators compared to any other time in a period of 50 years. For instance in North America, honeybees pollinate close to 95 different forms of fruits like avocados, almond, cranberries, soybeans and apples. Moreover, in 2000, crop value of bee-pollinated plants was estimated to be close to $14.6 billion in US; however, since their introduction there have been several mites associated with drastic loss of colonies; which is causing a lot of concern in scientists (UNEP 4-5). Various factors that drive instabilities in bee population include habitat deterioration, agricultural practices, beekeeping activities and climate change. Degradation through human activities that affect the landscape results in destruction of natural habitats, which in return affect pollinator populations.  Air pollution prevents symbiotic relation between bees and flowers because pollutants affect chemical produced by flowers in order to attract insects; hence, destroying vital scent trail, which complicates bee’s ability to find sources of food. Moreover, electric and magnetic field can affect behavior o bees because they are sensitive to electric and magnetic fields because their abdomen is made of crystals that have lead (UNEP 6).

Bees are essential in pollinating crops that humans feed on are remain a significant factor in the large agriculture business; hence, they are economically and environmentally significant (UNEP 7). Bees face a significant threat from fertilizers and genetically modified crops because these crops are developed using biotechnology in companies and they often have in-built pesticides; hence, bees may carry toxins with the pollens they collect. Moreover, many bees face the threat of starvation following the destruction of their natural habitat as well as monocropping, which inhibits bees ability to sustain themselves. Development as well as personal habits can cause problems to bees because individuals usually destroy weeds such as clover and milkweed, which are staple foods of bees (Hand 3).  Therefore, the way UNEP indicates that the way in which people manage or even mismanage nature-based assets like bees will partly define the collective future for the 21st century (UNEP 4-6). Although in the 21st century humans have fabricated an illusion that the technological advancement is enough to be independent of nature, bees indicate the reality that humans are more dependent on nature services and specifically bees because of their significance. The problems associated with the decline of bees could be a tip of the iceberg although there is no immediate disaster regarding pollination the writing is clearly on the wall; hence, the need to ensure pollination for future generations (Haines).

Climate change consequences like changes in green seasons and aging periods as well as the general shortening of seasons could be hampering the livelihood of bees. The changes affect distribution of floral resources and time influences the composition of bee colonies because they closely follow floral composition and rewards. In the wild various pathogens cross from commercially managed species of bees, which contributes to the decline of the native bees. Moreover, unhealthy ecosystems facilitate development of parasites that affect wild bees as well as domesticated bees. Moreover, chemicals that drift during spraying can poison bees or even impair their reproduction, eradicate nectar sources and even deplete bees’ nesting materials (Kleinman & Suryanarayanan). Chemical devastation of bee habitat has long-term consequences especially regarding the circulation of bees. Systematic insecticides coated on seeds migrate from the root to the flowers that potentially expose bees to toxic substances. Moreover, beekeeping introduced parasites that have contributed to decrease of domesticated bees; moreover, chemicals used in beekeeping to kill mites are commonly used in beehive management. When farmers who grow pollinator-dependent crops but lack managed bees, the farmers are prone to declined yield in cases where wild bees as well as domesticated are insufficient (UNEP 8-9). The fact that honeybees are useful to human beings and the people’s well-being in a world that is dominated by human is not in doubt considering their contribution in pollinating food crops.

Threats that both domesticated and wild bees face in the 21st century are the same and mainly include absence of wild forage and diseases although the differences between domesticated honey bees and wild bees is that honey bees are taken care of by people who prop up their populations while no one is taking care of the wild bees. The predicament of bees can be considered in term either of how people have outsized their influence on the planet as they reshape it consciously or unconsciously in order to meet their needs (“The problem of bee decline”). However, regardless of this power people sometimes never fully understand their influence in the world; hence, people increasingly have improved performance although they lack a better understanding, which is dangerous combination for bees and plants and eventually to the people themselves (Walsh).

In conclusion, it clear bees suffer from various threats that include parasites, pathogens as well as mites because infection from agents proofs to be fatal to the bee colonies as well as the human diet since they are useful in pollinating many food crops. Colony collapse following an attack of a colony by an infection is worrying although people have contributed to the threat of bees through creation of a world that seems to be increasingly inhospitable to the crucial insects through increased development. This has the potential of affecting flowering activity in many plants, which is a threat to the way people are used having their balanced diet since without bees some flowers would not be able to pollinate hence any fruits that support healthy living and generate income for farmers that consequently threatens people.